Categories Menu
Home » Coaching » Conflict at Work: how to raise your self-esteem through negotiation 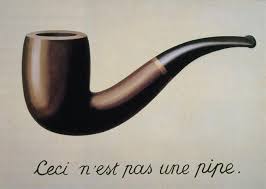 Conflict at Work: how to raise your self-esteem through negotiation

Let’s start by being totally honest.  I have always been one of those people that would do absolutely anything to avoid other people’s anger or disappointment.  In recent weeks I put off telling someone I was moving house out of the fear of getting a negative response.  After reminding myself that I am a consenting adult I had the conversation and it turned out to be very a positive exchange.  The perception or assumption that a conversation can lead to conflict can be more debilitating than the reality of addressing an issue.

After all, no one likes conflict.  You may say that bullies do, but I’m not convinced.  Bullying, in many cases, can be an inappropriate way of asserting ourselves.  It shows a lack of confidence in addressing differences.  How often in a potential conflict situation do we all revert back to childhood repeating the same behaviours that worked when we were seven, ten or sixteen years old?  As adults, we can often regress to the same behaviours that worked when confronted by our parents, teachers or the class bully.

Conflict can also arise from the way in which we express our disappointment or displeasure at something.  It may come out as anger.  When that happens, it seems that all rational thought or power of coherent speech disappears.  More often we come away from arguments with a sense of loss.  We didn’t get our point over or a normally good relationship is tarnished.

However, there is more to conflict than being angry with another person or situation.  There is the cost in terms of productivity, motivation, staff turnover and morale.  And what goes for the workplace also goes in the home or social areas of our lives.

Handling difficult and sensitive situations not only reflects on performance, it also impacts on our ability to lead others.  A survey by the Centre for Effective Dispute Resolution found that 35% of managers would rather parachute jump for the first time than address a problem within their team.  And a huge 69% would rather complain in a restaurant than confront an underperforming colleague.

As a result we either suffer in silence or let our feelings build up until they explode.

Measuring the cost of conflict to the UK economy is relatively new.  A survey in 2008 by OPP with the Chartered Institute of Personnel and Development found that conflict in the workplace cost £24bn a year.  In March 2011 an article in Personnel Today put the figure at £33bn a year.  With the economic downturn and many organisations doing the same work with fewer people, the amount of resentment, frustration and anger is certainly not getting any less.

All of this takes time to address.  The average is around 2 hours per person per week.  The number of cases taken to industrial tribunal between 2008 and 2011 has increased by a massive 44%.  A lot of unproductive time when simply feeling valued at work increases productivity and effectiveness.

Conflict inevitably arises from poor communication.  Any breakdown in communication prevents effective relationships.  We don’t have to all like each other.  However, in a work environment, remaining “professional” invariably means being adult and taking personal responsibility for our interactions with others.

This does not mean that conflict will never arise.  And it doesn’t mean that all conflict is unhealthy.  The ability to “clear the air,” “air differences” or exchange views can be very useful in moving an organisation forward.  New understandings, ideas and working relationships can come when views are exchanged by positive and respectful means.

So, what can you do to prevent healthy conflict turning into confrontation?

Define what you want from a situation before you address it with anyone.  In Compassionate Communication this is referred to as “intention.”  Know what the purpose of the conversation is.  Before you start a conversation, know what outcome you are trying to achieve.  For example, asking someone under pressure “are you busy?” may not get the desired response if what you are really wanting to know is whether that person can give you five minutes to discuss something.

Similarly, saying to someone “you’ve made a mistake with this” isn’t helpful if what you want is for a process to be followed correctly.  And the reason for wanting the process to be followed may have implications on business such as quality standards, health and safety, customer guarantees, etc.  Telling someone they have made a mistake may result in conflict, rather than supportively explaining the reason that a process must be followed.

Through being honest (to yourself as well as to others) you can avoid confusion or misinterpretation.